If you have worked in the Australian Defence Force (“ADF”), either as a permanent member of the ADF, a member of the reserves, a Cadet or an Officer, and you have a medical condition (i.e. an injury or disease which is either physical or mental) that has been contributed to by your role, then you may be eligible for benefits.

In some circumstances your dependents (i.e. partner and children) may also be eligible for benefits.

Military compensation in Australia is a complex system incorporating three separate pieces of legislation with intersecting provisions. Mazzeo Lawyers assist clients with military compensation claims/DVA Claims. Although the DVA website has helpful information on how to make claims, these claims can be complex and as such it is advisable to have appropriate legal representation. At Mazzeo Lawyers, we will do the bulk of the work for you and will guide you through the process every step of the way. 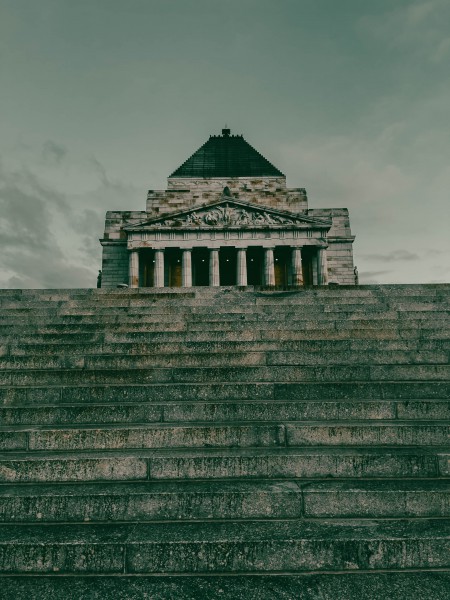 Our firm’s core business is property development. We develop projects across a number of sectors including residential, commercial and childcare. We have dealt with Mazzeo lawyers for a number of years on many legal matters and advisory services. Our experience with Mazzeo lawyers has been excellent and we could not more strongly recommend them. They have a great team, excellent customer service and extensive legal experience that always has been a great asset for us.

Appointing a solicitor when you have no connections with any legal firms is not easy. Mazzeos was suggested to us by a friend and from the outset Nick, Tom and their team gave us great confidence that we had made the right choice. At times during the last twelve months challenging decisions had to be made in a complex case. We were given all the alternatives with recommendations and with Mazzeos help we managed to navigate our way to a satisfactory result.

I worked with Nick and his team on a complex legal matter over a couple of years. I felt supported every step of the way. The team at Mazzeo Lawyers was always available and they genuinely cared about me and my family, and about the outcome of our case. Their lawyers are honest, they are experts in their fields, and they are really there when you need them. I will continue to use Mazzeo Lawyers for all legal matters. It’s a relationship built on trust and respect.

My experience as a client working with the team at Mazzeo Lawyers made a prolonged, complex and sensitive case more bearable to endure. Throughout the process, I felt I had an outstanding team behind me. At times, they went above and beyond. Despite the many challenges, their professionalism and expertise ultimately provided me with an excellent outcome. I will forever be grateful to Nick Mazzeo and his talented team.

We have worked with Nick Mazzeo for over 30 years. Since the beginning we have always felt Nick has expressed sincere dedication and a keen desire to ‘want’ to assist you. He has always shown immense knowledge and compassion. We believe that the ‘win’ outcome is important, however the process for us is far more significant. When a legal case is taken on by the team at Mazzeo Lawyers, personally or professionally they work comprehensively to provide the best outcome.

How to make a military compensation/DVA claim?

Initially all we require from you is an initial conference in order to understand your potential claim. We would then obtain your signed authorities so that we can contact the Australian Defence Force (“ADF”), Department of Veterans’ Affairs (“DVA”) and your medical practitioners on your behalf.

We can also assist you in liaising with your treating doctor to ensure that your service-related conditions are medically accepted, including helping you obtain, and providing your doctor with, supportive medical material.

Once we have prepared your claim for submission to the DVA we will notify you and have you sign the relevant claim forms for lodgment.

In most circumstances claims are accepted. If for whatever reason your claim or part of your claim is denied, then we can also advise on the prospects of appealing the DVA’s decision.

How long does a military compensation/DVA claim take?

A DVA claim can typically take anywhere between 6 to 12 months. This is largely dependent on the injuries you are claiming for, the availability of supportive medical material and the ability of the DVA to process claims in a timely manner.

What compensation can I claim?

It is important to seek legal advice when making a claim for benefits with the DVA, as obtaining certain benefits may mean that you are precluded from applying for certain benefits which may be more advantageous to you in the long term.

If you served in the ADF and suffered an injury prior to 1 July 2004 you will be covered under the Veterans’ Entitlements Act 1986 (VEA) or the Safety, Rehabilitation and Compensation (Defence-related Claims) Act 1988 (DRCA).

Your eligibility under the VEA and DRCA will depend on when you were injured and the type of service you performed . You may be entitled to make a claim under either act.

Under the VEA compensation is paid in the form of a fortnightly pension, which can be paid for life. This form of disability pension is tax free and varies in amount depending on your level of incapacity.  In addition to this pension, you may also be entitled to a number of additional supports such as a White or Gold Card (which covers the cost of medical treatment and grants you access to a range of services and supports), amongst other supports which may also be available.

If you served in the ADF and suffered an injury after 1 July 2004 you will be covered under the Military Rehabilitation and Compensation Act 2004 (MRCA).

Under the MRCA the most common form of compensation is a tax exempt permanent impairment payment, which you can elect to take as a lump sum, or in periodic payments. In addition to this, you may also be entitled to claim costs for medical treatment, rehabilitation programs and income replacement (for periods you were unable to work).

What type of medical conditions can I claim for?

You will need to have supportive medical material to claim for each claimed condition.

Can I claim benefits for my partner and children?

Each of the VEA, DRCA and MRCA contains provisions that provide for certain supports and/or payments for eligible dependents and partners which vary depending on your level of incapacity.

What are the legal costs involved?

At Mazzeo Lawyers we will usually take your case on a No-Win No-Fee agreement, whereby we will only charge you for our legal professional fees if we are able to obtain a successful outcome for you.

If you need help or further information, please call or email us for a free initial consultation.